My angle on the famous landmark in Paris, France. Available as a stock photo for purchase on Shutterstock. 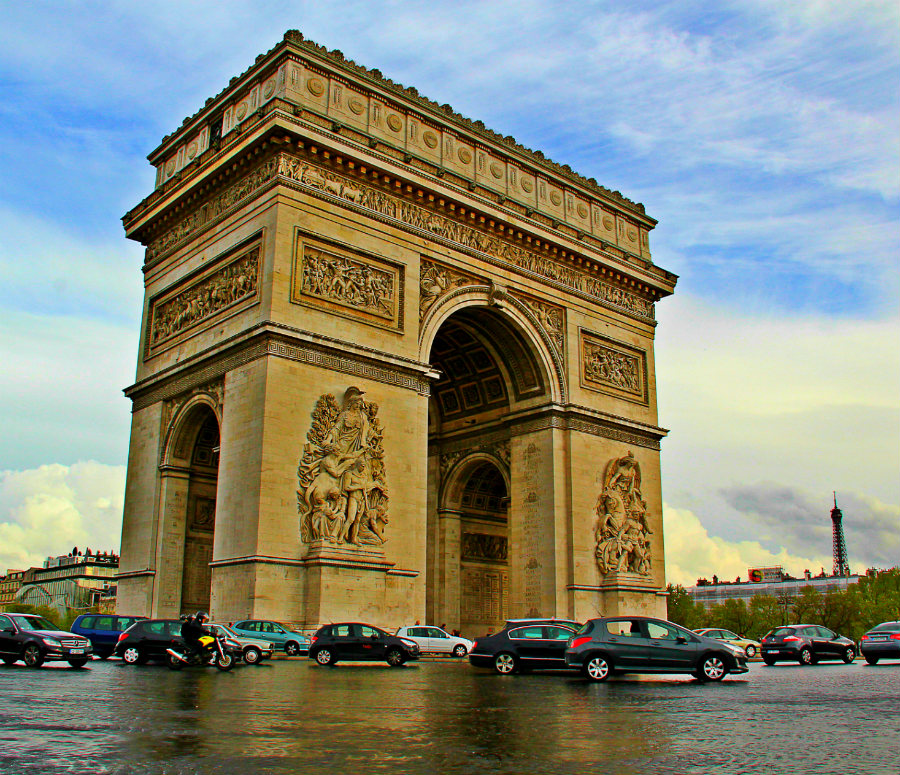 The Arc de Triomphe de l’Étoile is one of the most famous monuments in Paris. It stands in the centre of the Place Charles de Gaulle (originally named Place de l’Étoile), at the western end of the Champs-Élysées. The Arc de Triomphe (in English: “Triumphal Arch“) honors those who fought and died for France in the French Revolutionary and the Napoleonic Wars, with the names of all French victories and generals inscribed on its inner and outer surfaces. Beneath its vault lies the Tomb of the Unknown Soldier from World War I.

The monument stands 164 ft in height,  148 ft wide and 72 ft deep. It was the tallest triumphal arch in existence until the completion of the Monumento a la Revolución in Mexico City in 1938.